Travel to calais and accessibility​

Calais has always been a border town crossed by thousands of people, travelers, sailors, tourists, with the sea as its horizon. Accessible thanks to several highways, train and ferry connections, Calais is a landmark town in the North of France.

How to get to calais ?

By car or bus

The Imag’In bus network which covers the entire Calaisis conurbation is totally free. Follow the buses of the different lines in real time thanks to the 'Zenbus' application. The Dragon forecourt is served by lines 3 and 5 at the Pluviose stop.

By train or ferry

The “Calais Ville” train station is located in the heart of the city center, near the town hall and its belfry. It is a major station in the Hauts-de-France regional network and has regular connections to Lille, Dunkerque, Boulogne sur mer. The ‘Calais Fréthun‘ station is an international high-speed train station located 7 km south-west of Calais conneed to Lille (0H30), Brussels (1H00), London (1H00) and Paris (1H30).).

The port of Calais offers up to 50 daily crossings between Calais and Dover, by foot or by vehicle, provided by three companies. The port is ideally located a 20-minute walk from Calais town center and served by a free mini-shuttle, the Balad’In. 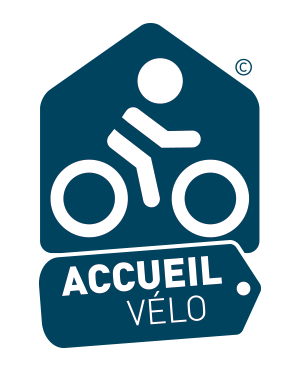 Stop off at the Compagnie du Dragon, labeled France Vélo Tourisme. This label guarantees that cyclists have suitable equipment and dedicated services in a warm setting along breathtaking travel routes. We are equipped with a charging area for electrically assisted bicycles and a string of hoops in accordance with the correct harnessing of the cycles. Meet our machines at the perfect crossroads of three famous European bike routes:

Discover the eurovelo network Travel on the Vélomaritime route

The establishments of the Dragon forecourt (Shop and restaurant) are accessible to people with reduced mobility thanks to a fixed ramp. The Calais Dragon is accessible to people with reduced mobility, a bench is available on board for 6 people. Boarding wheelchairs, or access by elevator to avoid climbing steps is possible at certain travel times and by contacting our teams on +33 (0)3 66 62 60 00 before booking.

The operation of the dragon is subject to weather conditions. Sale of tickets within the limit of available seats. The general conditions of sale are available at the reception points or can be consulted here.

TRAVEL ABOARD THE CALAIS DRAGON !

Ready for an exceptional journey? Book your trip aboard the Calais Dragon, an unusual outing on the Opal Coast, to the rhythm of this exceptional animal! Stroll on the panoramic terrace built on its back and discover the new Calais seafront !  ​