During the summer, our team has captured a strong magnetic signal from the Dragon of Calais. Our initial findings suggest that this is a call to the saurians of his family. An observing Iguana, the first ‘fixed’ comrade, has answered the call and is about to take up residence on the forecourt of the City of the Dragon, a stone’s throw from the seafront.

First to arrive: the Sentinel Iguana

Ten months after the dragon's arrival in Calais, an iguana joins the adventure! Called by the Calais Dragon, it settled on a shipping container not far from our great saurian. It can spit water, stand up, move its head and tail. Like the dragon, it belongs to the saurian family and its long backbone, its yellow and green colors suggest that it is a male. By counting the number of ridges that make up his crop, our vets estimate that it is around 13 years old. While waiting to join Fort Risban, it guards the Dragon forecourt.

« Rising from the depths of the Earth, the Calais Dragon appeared in the city and decided to stay. Since, it lives on the seafront and evolves on the forecourt of the recently renovated beach, facing the ballet of ferries. The blood flowing through its veins is marked with the DNA of the saurians family. Among them are iguanas and sentinel lizards. The dragon has a strength, it emits a magnetic signal daily, a wave so powerful that it radiates beyond the seas. This is a call to its family. The first to have heard it is an iguana, the Sentinel Iguana of Fort Risban. It will soon be followed by other saurians. »

From spectator to machinist

François Delaroziere imagined in our family of saurians, new members called 'sentinel' or 'observation' machines. If they do not move around, they remain real moving works and complete the mechanical bestiary of Calais. Placed in such a way as to interact with the mobile machines and the various users of the city, they fully accompany the dynamics of reappropriation of the urban space, but also of the introduction of art in the city. They can be manipulated for free by the public and write a new story with each movement that arises from the participation of visitors.

Proudly installed on their corten steel rocks, the sentinel machines allow each visitor to slip into the shoes of our machinists. A large and easy-to-use remote control composed of simple joysticks activates the different movements of the reptile, offering users the possibility of bringing the creatures to life by offering their own show. Everyone can experiment with the complex and fascinating trade of machinist, whose role is essential in the transmission of the emotions engaged by the movements of the Dragon of Calais. 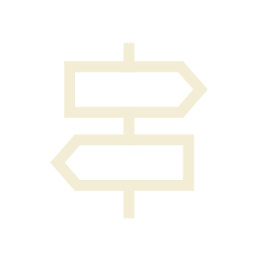 Ready for an unprecedented journey? Come and discover the world of machines, slip into the shoes of a machinist by handling the Sentinel Iguana or book your trip aboard the mythical Calais Dragon !

How to travel to calais ?